The contents written in this article are:

What to do in Komodo Island

Komodo Island and the dramatic cloud

What you can do here is for sure to see the Komodo. You will have to trek through the tropical jungle that in my opinion looks like the Jurassic park. Well, actually Komodo is an ancient species of reptile with ancestors that date back more than 100 million years. Komodo dragons were unknown to western scientist until 1912.

Komodo holds up a vulnerable conservation status. Their big size unfortunately doesn’t guarantee their safety in the nature. They are safer being inside the National Park but those that live outside the Park are in the greatest risk. Habitat fragmentation, grassland burning and Timor deer hunting are the main threat. 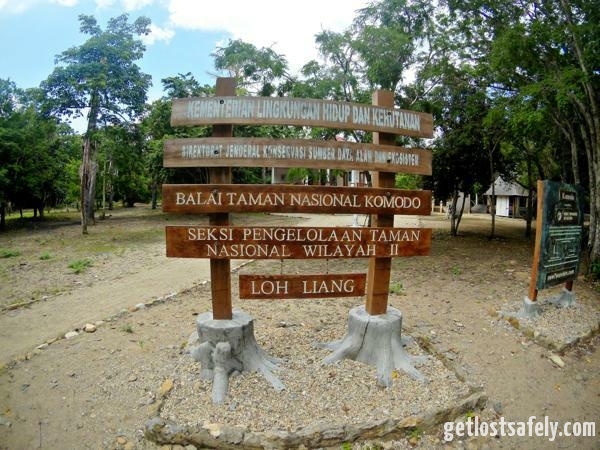 First of all, you will have to pay for the entrance fee (keep reading), choose the trekking rail and a guide will walk you. The guides speak English and they are full of information. They will explain a lot about the dragons, also answer your questions.

Several walking trails are available in Loh Liah Komodo Island, such as adventure trek, long trek, medium trek, short trek and super short trek. I think that we took the short trek due to the time limit we had that day. 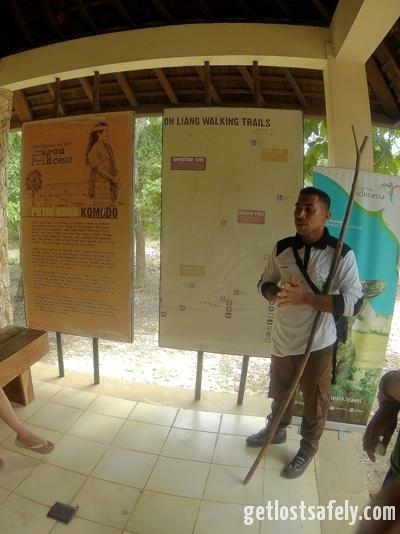 Briefing before the Komodo trekking

Before the trekking we had a briefing. The guide told us some rules that we have to obey such as, stay in group, do not feed the Komodo dragon and do not make unnecessary noise. He told us that he can’t guarantee that we will meet the Komodo. They are living in wild nature and we had to be really lucky to meet them.

Then we began the Komodo trekking. We went through the houses where the rangers live and surprisingly there was a big Komodo dragon lying under the house. I can’t imagine living in a place where sometimes the predator comes to visit me.

Komodo under the ranger’s house

We continued and we met wild pigs, chickens, birds and snails. It’s not just the place for Komodo, there are other animals living together in harmony. It’s quite rare to see the Komodo in the jungle, especially on day time where they usually having a rest somewhere. I guess we were lucky. We met one of them on our walking trail. We took lots of photos of the dragon and with the dragon.

Komodo in the wilderness of Komodo Island

At the end of our trekking, at the houses near by the sea, we met even more of them. I guess like 5 komodo dragons at that time. They were nicely lying down under the tree or under the wooden house. It was really weird how the guide disturbed them by throwing a stone so they move. In my opinion he was trying to amaze us and showing us off how is it looks like when the komodo dragons move and walk. 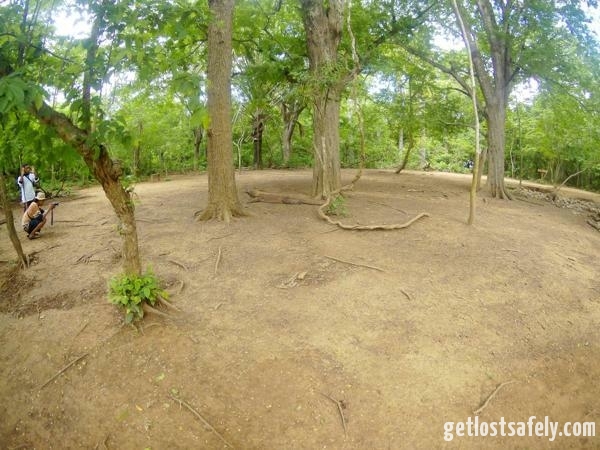 Bad idea though. One of the tourists in the group got mad, she thinks that we shouldn’t disturb and provoke the dragon. I agree, why should we disturb them? They were just enjoying their time and having rest.

Pink Beach or Pantai Merah in Bahasa is located in Komodo Island just a view minutes sail from Loh Liang. After the komodo trekking you can cool down and chill at the Pink Beach. More stories about pink beach follow.

How to get there

How much is it

I paid 500.000 IDR (35 €) for one day trip to 4 spots. The price includes mineral waters, lunch and snorkeling equipment. I had my own fins and mask, so I got slightly less price . I was traveling with the service of Bule Tour & Travel. Check out my previous article Padar Island Komodo National Park for the contact to Bule Tour & Travel.

The fee is valid just for one day. If you already paid the fee here, you wouldn’t have to pay again in Rinca Island at the same day. But becareful, the entrance fee is much more expensive on Sunday and on national holiday such us Easter, Nyepi, Eid Mubarak, etc. So over all you will pay for 575.000 IDR to Komodo trip as an Indonesian citizen and around 45.61 € for foreigners.

Several tips to do Komodo trekking are:

More photos on our Photo Gallery. And here are some more photos of Komodo Dragons. Enjoy…

Close up of Komodo Dragon. Photo

Here is an article for 7 destinations to visit in Labuan Bajo, Flores.

No words could explain how much you mean to me. It

Lootss of snow this year ❄❄😍 Such a shame w

This website uses cookies to improve your experience while you navigate through the website. Out of these, the cookies that are categorized as necessary are stored on your browser as they are essential for the working of basic functionalities of the website. We also use third-party cookies that help us analyze and understand how you use this website. These cookies will be stored in your browser only with your consent. You also have the option to opt-out of these cookies. But opting out of some of these cookies may affect your browsing experience.
Necessary Always Enabled
Necessary cookies are absolutely essential for the website to function properly. This category only includes cookies that ensures basic functionalities and security features of the website. These cookies do not store any personal information.
Non-necessary
Any cookies that may not be particularly necessary for the website to function and is used specifically to collect user personal data via analytics, ads, other embedded contents are termed as non-necessary cookies. It is mandatory to procure user consent prior to running these cookies on your website.
SAVE & ACCEPT
%d bloggers like this: