Shark (as) on the plate

I stayed at surface longer than others. My guide solved some technical problem on the equipment, so I didn´t dive headlong with the group, but I waited for him. Then we descended slowly along the coral reef and in that I saw him … 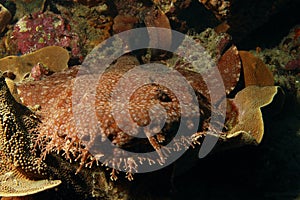 Wobbegong shark was lying at a depth of 10 meters on hard coral as on the plate. I prepared the camera except cutlery and approached the shark close at hand. I looked directly into the sharks mouth overgrown by prehistoric flounces while he watched my lens.

Evidently I have disturbed it. While on other occasions this kind of shark is very calm and divers at all ignores, now after each firing of lightning it stirred. So I took just three frames and left nervous six-foot long creature having more rest.

Tale of shark having a rest

Shark having a rest in a cave 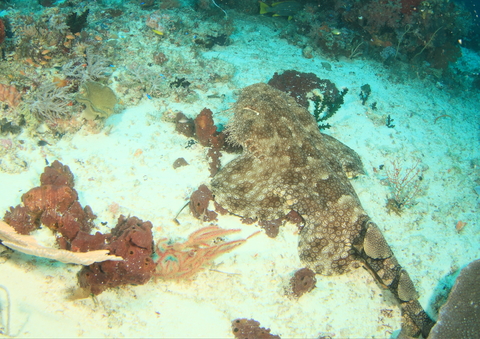 Photo dump from our forest adventure this summer.