Where to Go in Biak Island, Papua

Biak Island, the largest island in its small archipelago, an Indonesian province located in Cendrawasih Bay at the northwest of Papua New Guinea. Biak is an island with pretty beaches and landscapes. I was there for just 3 days with 2 days self-guided tour all around the closest famous destinations. The city was surprisingly clean when I arrived there considering the waste-management issue happening in Papua. A calm and quiet city nowadays, but was a battlefield on the 2nd World War. So here are some destinations I went and what I did on my short trip to Biak which is also called The Hot Coral City (literally translated from Kota Karang Panas).

The word ”Pica” is the papuan-indonesian way of saying ”pecah”, batu pecah in this way means like The Cracked Stone (coral stone). You must be wondering why is it called that way, well the beach is really famous among the traveler and has been gone viral on the social media. It is said that the wave is broken by the stone and reach the height of 15 meters. That is unimaginable, yet I was really looking forward to see it. The wondrous wave is actually the attraction which pulling in the tourists.

At that moment I was traveling around Biak by motorcycle. It took around an hour and a half from Biak to Batu Pica Beach. It was quite a long journey though, the road wasn’t that nice and I didn’t know for sure where was it. Other than that, the scenic view along the way was really epic, the villages and white sand beaches with blue water was stunning. So we stopped by the road, had a rest, took some pictures and continued the journey.

There was no signboard which could help us to find the exact beach nor the name of the village that could somehow guide us. Long story short, we found the beach. It’s located at Tanjung Saruri (Saruri Cape) in Nor Village, North Biak. It turns out that it is a beach with dead stone corals at the coast, which causes such a giant monster wave especially at high tide. This is probably why it named as “The Cracked Stone Beach“. The dead stone coral is cracking the wave and formed our tropical ogre.

Unfortunately, I didn’t come at the right time to see the ogre (at the high tide). But I saw the platform where the ogre should perform its gigantic amusing show, well just a small wavy show but I’m still happy about it. At least I still have another reason to come back there someday. There is actually another name of this beach, in case that you are confused by all the alias, the other name is Pantai Batu Gong, Biak. It’s worth seeing and make sure to check the “tide tables” before you come here. Maybe you will be luckier than me 🙂 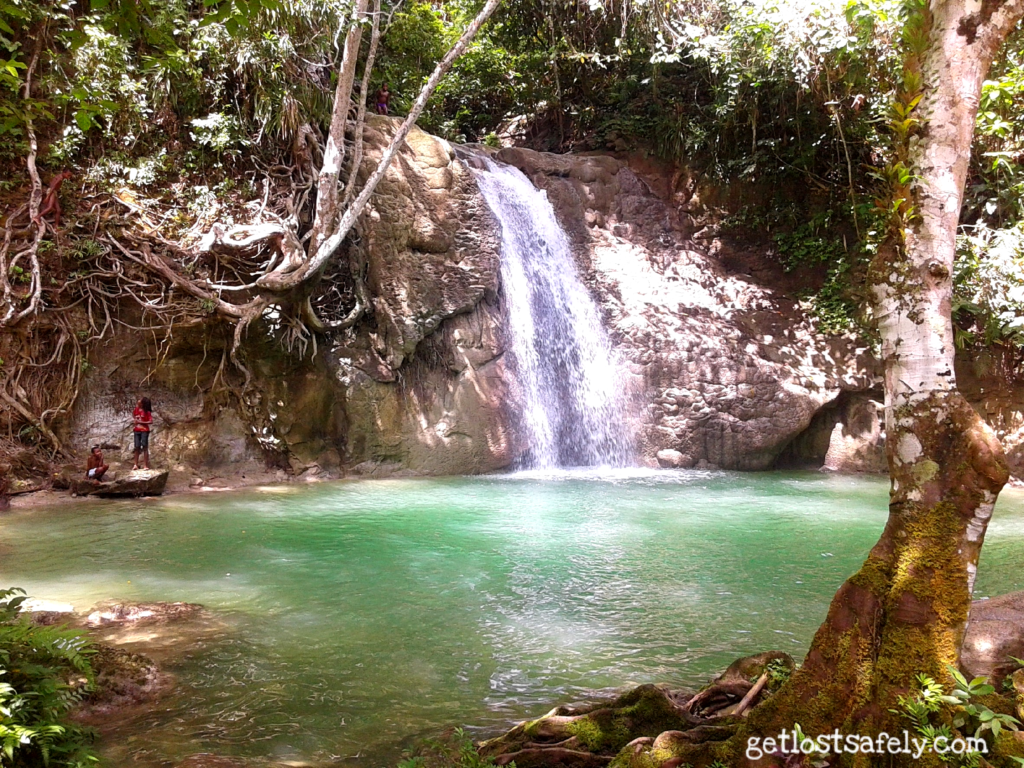 Life is like a waterfall, it is always moving and there is always an uneven flow to it – SooHoo

This popular quote remind me of the Warsa Waterfall, Warsa District, North Biak, Papua. The journey we had was as well uneven, but we nailed it in the end. The colorful water, the distinctive water flow and the blushing ashamed smile from the local kids were welcoming us there. 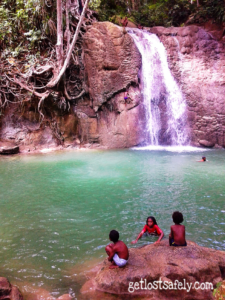 Kids swimming and jumping down from the waterfall

This destination is farther than Batu Pica, it’s around 15 minutes by motorcycle. Both of them are located in North Biak. The waterfall is located just near by the main road, and were full of local kids swimming and jumping from the top of the waterfall down. The waterfall is indeed really high, but they were both bravely jumping down and showing off their self-taught cliff-diving skill. There was even a small boy swinging to and off the waterfall using some kind of vines or hanging roots from a tree. They were enjoying their play time in a place I could call as a paradise cheerily.

The water was a bit cold, but it was refreshing for that kind of temperature in the tropics. I made lots of new little buddies there, we were talking and swimming together. Even here I did my first cliff-diving ever, mentored by my young teacher. The adrenaline pumping up my heart beat, the more I was thinking about it, the higher it felt like. Their modesty and sincerity was really touching, apparently giving me another lesson of life. The time flew by, hardly recognized that I didn’t have more time to stay and had to hurry up going back to the city to catch the boat that would take us away. Epic story of the day. 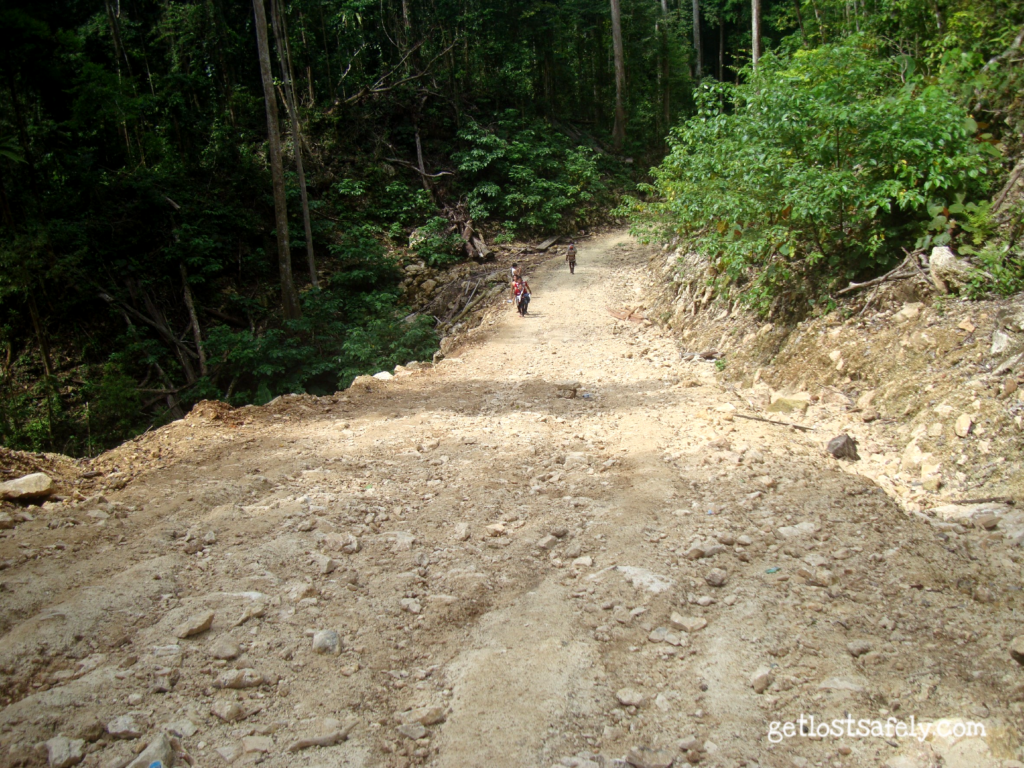 The name might be familiar for you, it is located near by the probably bluest lake in Indonesia, Samares Blue Lake. The discovery of Samares Blue Lake was shaking up the cyber world and has became really popular among the locals in Biak Island, the beauty has been found. I would say that the journey to this destination was the worse from all of the trip I had in Biak.

The photo shows how the road was, I was horribly challenging for me to drive on this kind of road. It was just limestone coated the road which had been a little bit eroded by the rain shower. As usual, I didn’t know where is it. Technology played a huge role in this case, I found the village with the same name, Samares Village. My shameless manner was helping me somehow (most of the time that behavior is just embarrassed me 😀 I was surprised it could be helpful actually), I was just went there and asked. Click here to see the map of Samares Village.

A local teenager kindly offered to be our guide. We were driving my motorcycle for about 2 hours, not because of the distance but more because of the condition of the road. The path was really spooky, we didn’t know where were we and around us was just jungle. Two girls in the middle of no where entrusted their trip to somebody they didn’t really know in an unknown island, what do you say about it? Bravery? Madness? Or simply a stupidity? I can not say.

After a long drive, we had to stop and walk on foot to the destination because it was almost impossible to drive. We were a bit on the qui vive or vigilant, but there were lots of motocycles even cars, so we were sure that we were close already. After a long walk, we heard the wave breaking on the shore, and we found the lovely ‘garbage-free’ beach, Samares Beach.

Tropical Forest Around the Lagoon.

This is my favorite destination in the Island. It is the most popular newcomer destination in Biak because of the unusual yet attractive blue water. We were heading to the dense tropical forest after the beach visit. The mini lake is shining blue among the tropical trees. We were excited and spurring up our steps. My fatigues were fading away and was happy to know that I was just one step closer to witness the elegance of nature. 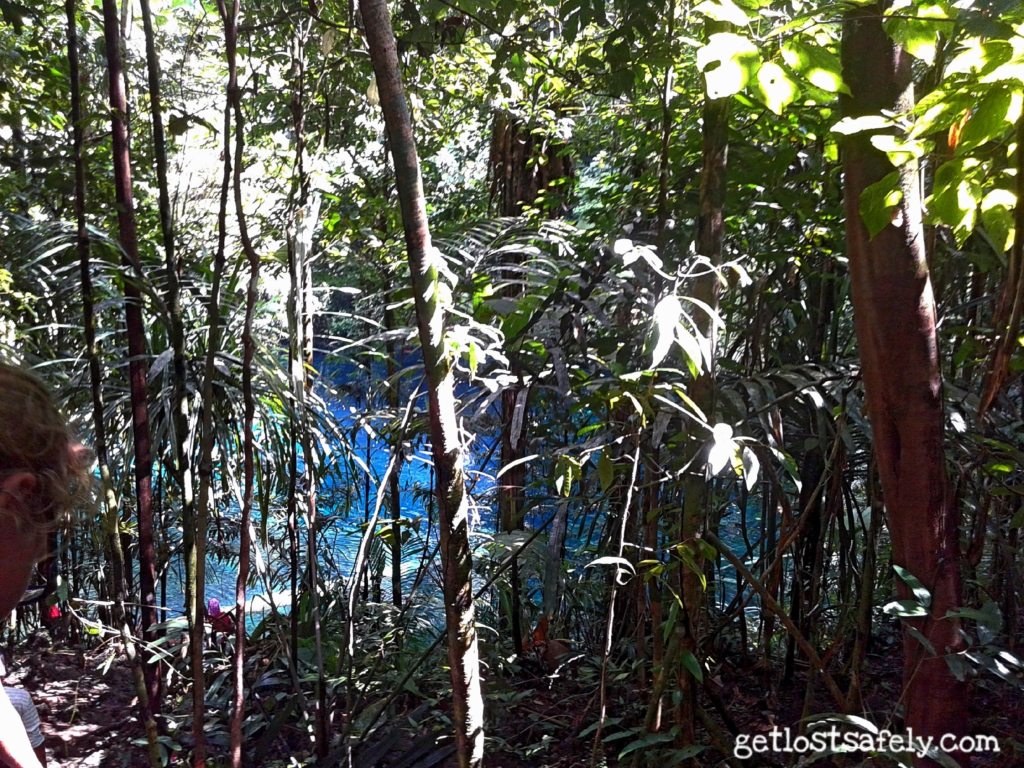 The Blue Lagoon among the trees

I didn’t expect there would be that many visitors. But since social media plays a huge impact through photos now a days, looks like local teenagers and travelers were flocking there to take pictures. No wonder, it was really beautiful there. By the way, I heard that there is a channel connecting the lake to the sea, but in my knowledge until that time there was no exploration had been done to prove it. I really recommend this place, prepare drinking water and some food, proper shoes if you didn’t get use to walk in sandals to the jungle, and full battery on your camera.

At the end after my exhausting trip in Biak, I was relaxing by enjoying the beautiful sunset. I love sunset, the colors is like an electricity for the cell phone. Well I was also charging myself under the glow. Here are some shoots of sunset in Biak. 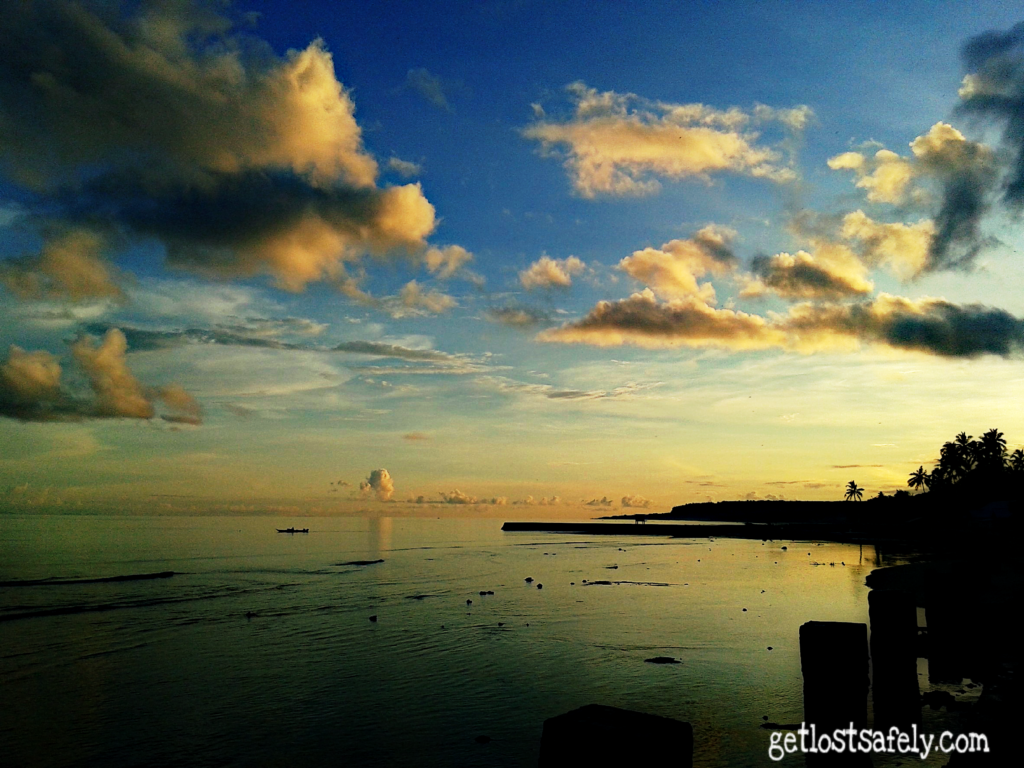 Sunset by the beach in Biak 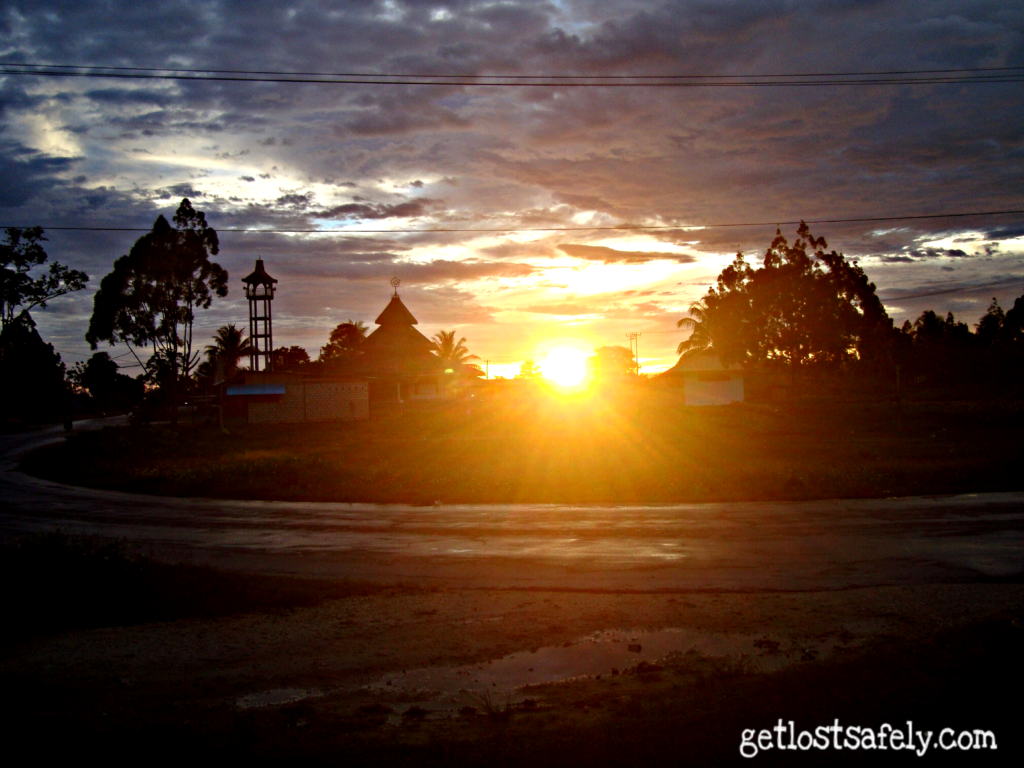 There are still a lot of beautiful places in Biak Island that you can visit. I hope someday I could come back and enjoy the underwater scenic as well, I heard it is really pretty. Have you ever been in Biak? Where have you been there? Or will you go there? Feel free to share and comment below 😉