Is It Really Expensive to go to Labuan Bajo, Indonesia?

This part of Indonesia is quite famous nowadays, especially when the Komodo is assigned as one of the New 7 Wonders of The World. Komodo is the largest ancient lizard species that exist on earth today, and they can be found in Komodo Island, Padar Island and Rinca Island which are located in the East Nusa Tenggara province, Indonesia. 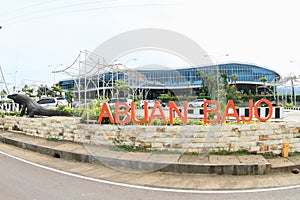 Meanwhile, Labuan Bajo is the gate to reach the almighty dragon komodo. It’s not just the “komodo dragon” that is cool there, the underwater world is also really amazing. Well then it must be really expensive to get there isn’t it? No worry guys! Well, I agree that the travel cost is depending on your travelling style, but backpacking to Labuan Bajo is actually not that expensive.

How To Get There 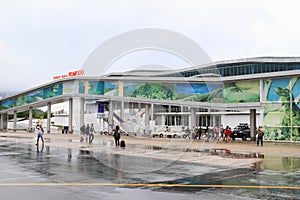 The easiest way to get there is by plane. New airport has been built and since 2014 the airport is also known as the Komodo Airport. I flew from Jakarta (CGK) to Labuan Bajo (LBJ). The price of the flight ticket varies depending on the time of the flight and the airline you are using. I flew from Jakarta (the capital city of Indonesia) to Bali by AirAsia for 1 hour and 50 minutes. Then I continued to Labuan Bajo the next day around 55 minutes by NAM Air. 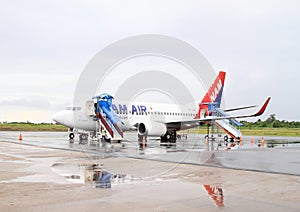 There are several ATM machines inside the airport and some places where you can get snacks and drinks. Even though the airport is new, there was no free wifi and you will probably have to walk from the plane to the airport yourself (I did). Do not expect some luxuries! Maybe in the future, but in January and February 2017 it wasn’t there yet.

The cost for the tickets from Jakarta to Labuan Bajo was around 1,120,700 IDR per person which is around 79.5 EUR. The following below is how much I spent for the flight ticket: 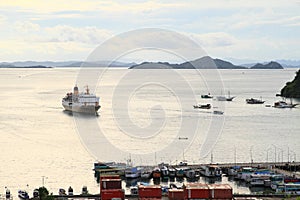 Another way to visit Labuan Bajo is by boat. You can take ferry or speed boat from Sape (Bima), the ferry runs twice a day and unfortunately I don’t have any information about the speed boat. PELNI ships arrive from Bali, Lombok and also Sape (Bima). I wasn’t traveling by boat since it takes more time to travel and I didn’t have enough time at that moment.

I’ve collected some informations on how to travel there by PELNI ships, remember that this information could changed by the time. The cheapest I found is from Sape to Labuan Bajo and surprisingly from Bali to Labuan Bajo is more expensive than from Makassar, while the distance is farther from Makassar compare to from Bali. The prices down are the economy class and I give away the name of the ships as well.

How to get to the City

The airport is located around 2 – 3 km from the city centre, there are several ways how to get to the city from the airport. First option is to rent a private car. It’s easy to find the car because once you stepped out from the departure gate, the drivers will come to you and offer their car. It costs 50,000 IDR (around 3.55 EUR) to the city by private car. If you want to go cheaper, you can share the private car with the other tourists.

Other option is to take public transportation or the mini bus. Just go out from the airport, go to the main road and wait for a while. The mini bus will stop and you can ask them whether they are going to the city or not. The price of mini bus to the city is 5,000 IDR (0.35 EUR), sometimes they make it higher for the tourists. It’s better to deal the price before you take the mini bus.

The last option is to go by foot, if you are not tired from the flight. It’s not so far to the centre, just follow the main road and if there were cross road, you could ask. Most of the people speak English somehow, don’t be scared. The walk takes around 20-30 minutes and mostly downhill.

The harbor located just on the coast line of the city, from here you can reach most of the accommodations by foot. The city centre is small and plenty of mini bus available to take you around the city if you don’t wanna walk.

There are lots of accommodations you can find in Labuan Bajo. It has evolved from a small fishing village to an important city that connects the islands. Don’t be scared that you will not have where to stay, plenty of accommodations available on the main street of the city (Jln. Soekarno Hatta). You can just come and ask whether they have avalaible room. I was there in low season (the beginning of the year), it was not a problem for me to find hotel. From a budget stay to a nice accommodation with amazing view to the sea, you can choose what suits you. 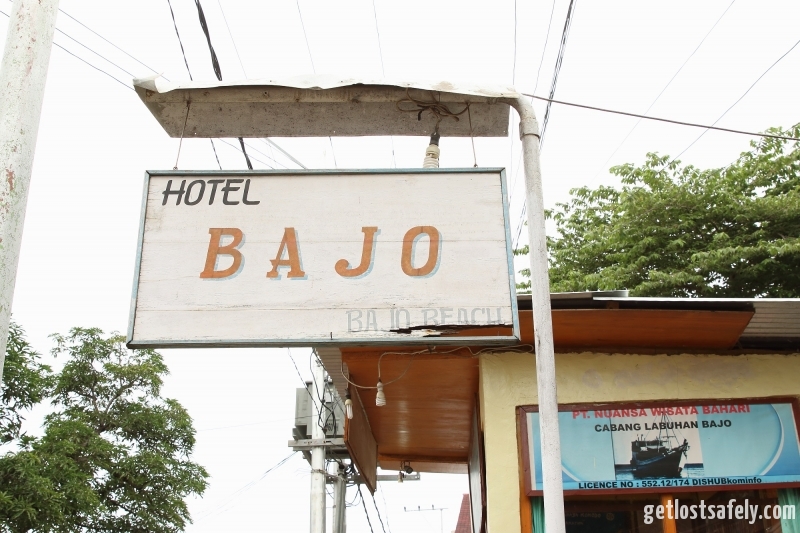 I stayed in a place called Hotel Bajo. However, it doesn’t look like a hotel for me, it’s more like an inn. I chose the cheapest room with fan and it was for 150,000 IDR (10.64 EUR) for a night. There are better rooms with air conditioner but I don’t need it. I need just a room to sleep and take a shower, I’ll be outside all day though. 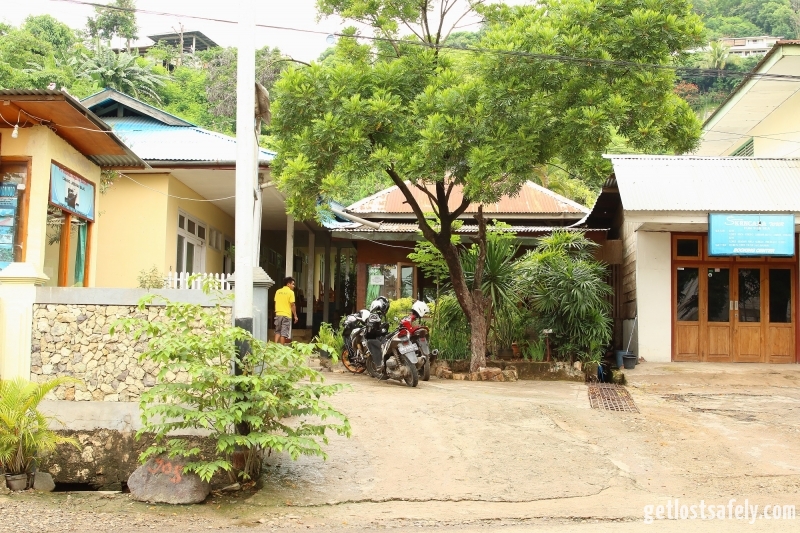 They don’t accept the online booking due to the internet connection. So you can just come and ask for the room. Here they have free wifi and you get also breakfast, bread toast and coffee or tea. It was kinda boring though, cause I ate it like 5 days in a row and they didn’t change the menu. But I handled it somehow.

The inn is clean and located in the main street, near by kiosks and some diving bases which is perfect. Location is 5 stars, but again they can improve the service. Here are some pictures from the inn that I took, you can consider this place to stay as well. 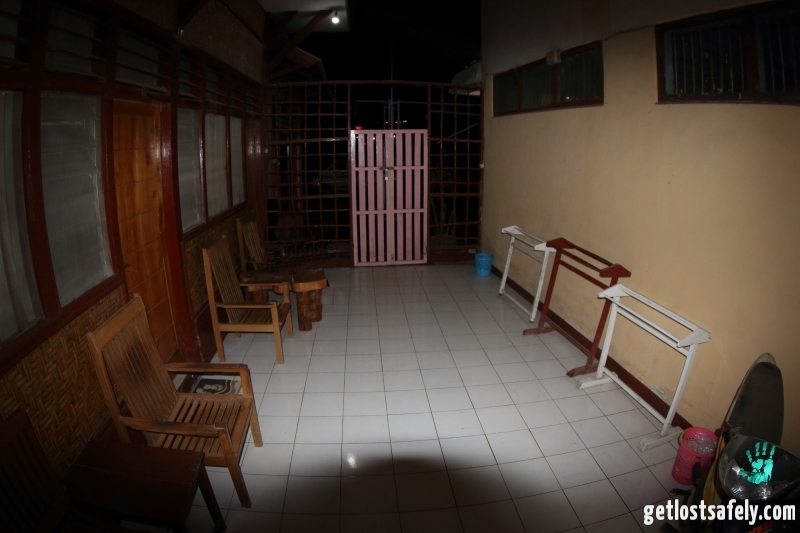 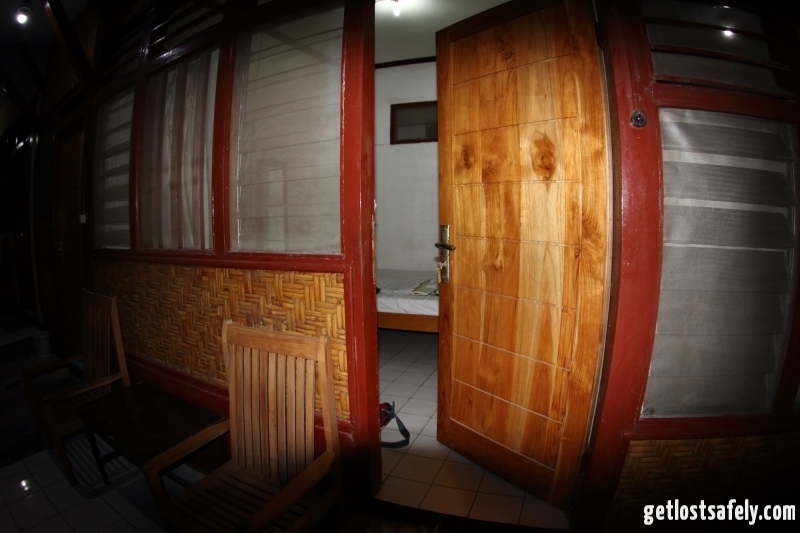 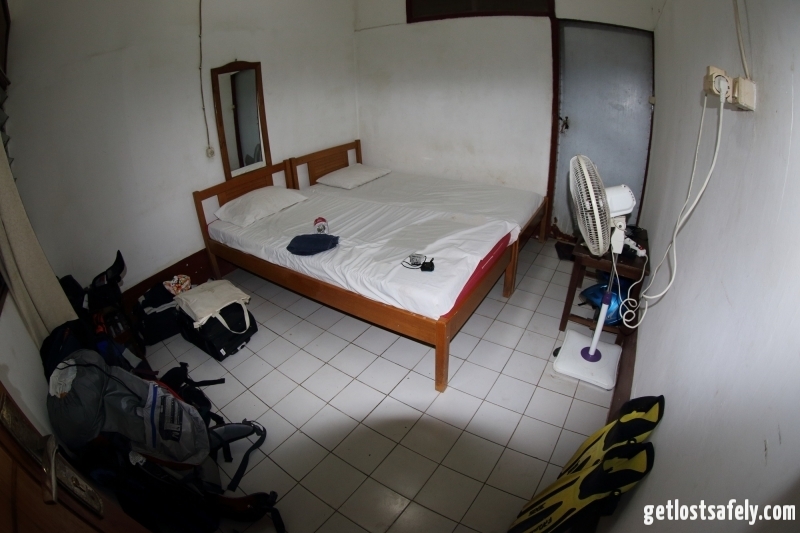 How to get around

Since the city is not so big, it’s really easy to get around. Either to take the mini bus or to rent motorcycle. Plenty of places here in the city where you can rent motorcycle, for example in front of Hotel Bajo. They charge for 75,000 IDR (5.32 EUR) for 24 hours. I love to drive around or slightly away from the city, find nice view and take pictures.